I have my first tournament coming up this weekend and am still struggling on what to take to the event.

The tournament is called The Big Bang at the Sanctuary gaming centre in Mansfield.  Its looking like being a fairly good turn out with around half a dozen of our gaming circle in attendance, Ben and I will both be there, and hopefully a bunch of other people too.  The entry list at the moment is showing 20 players.

So my thoughts on a squadron (list, force, army…. what do you call it in X-Wing???) a few days ago was looking like this:

I have a few options with the remaining 4 points.

General theory is that Howl and her 3 mates do the mini swarm thing while Fel and Backstabber turn a flank and add some extra ranged support.

Idea is that Fel runs solo as a distraction. 1 pt spare.

Not actually sure this gains much. Is PS3 a big deal? Maybe if I upgrade 3 and stay at 99 points?

I’m leaning to 1. As my fave option but open to suggestions.

But then I played a few games with option 1 and really liked it.  Soontir Fel is very fast and agile, fun to use and very frustrating to face.  Howlrunner gives the mini swarm some real punch and Backstabber can fly with the swarm or off on a flanking attack.  It has a bunch of options and is quite flexible. I managed to play with and against this list and IMO its a good starting point for my first tournament.  One of the things that is appealing to me is that I have built it myself and its not a ‘Championship winning squadron’ plucked directly from YouTube.

Turn to the light side…

However, I also played a few games with the Rebels.

This was super fun to use even with the Rookie being a weak link that went down early in all the games I played.

So now i’m torn.  I’m still leaning 70/30 towards the Fel led Imperials, but the Rebillion is calling…

9 Responses to “Going to the Big Bang” 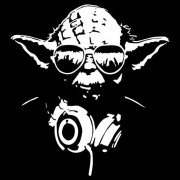 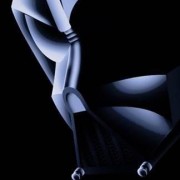